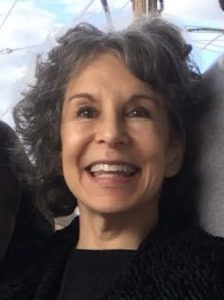 Many people have big travels and adventures. But not that many travel from being one person to being another.

In my first life, I made headlines, promoting print and broadcast for global media known from Burundi to Beverly Hills, while ghostwriting on the side.

I survived Time, Vogue, Vanity Fair, New York, The New Yorker, CBS and CNN. Plus icons and editors known for bodyguards and body counts, delivered while dressed to kill.

Then I got hit by a drunk with a truck. The good news was I survived. The bad news was brain damage. Lots of things can be replaced. These do not include your mind. The connections within each human brain occur only once, only in that particular brain. Unless you are brain injured. Then you had one unique brain signature and acquired another.

Pronouns are confusing. We have to figure out how to be me depending on what remains at any given time. What remains comes and go. We slam between “selves” like a hockey puck.