A freelance career in media is fairly long if it lasts a heartbeat. I mean a week. Beyond probability, mine lasted thirty years. It had to. I was a single mom—making headlines and deadlines all over the world. 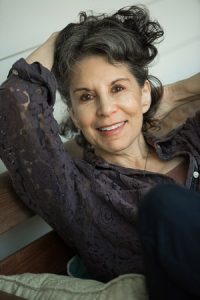 I got a new life with a mind of its own and never got another paycheck, never did another job. My last career move was refunding a fat five-figure advance to a broadcast behemoth known across the globe.

I moved—or rather, was moved—to a rambling farmhouse overrun with tangled brush. It is called Avalon, which means Paradise. It’s not. It was nine hours south of my life and my child. No trace of the move remains in my mind.

Evidently, I reconfigured any shards of anything I ever knew, then start scratching scraps of anything I recalled on any surface I could find. Napkins, paper cups, coffee stirrers, Popsicle sticks. I stashed these in brown paper shopping bags, then forgot the shopping bags.

I also made small collages, then built small homes for birds, and painted small carved birds with translucent colors and tiny flecks of gold. This becomes J. Hannah Art for Humans and Homes for Birds, sold in select galleries. Each piece is one of a kind. Meanwhile, scraps extracted from shopping bags became Away With Words: an accidental account.

Excerpts and partial versions of Away With Words: an accidental account have appeared or are forthcoming in The Rumpus, Bellevue Literary Review, Creative Nonfiction, Literal Latte, and Mid-Century Modern, and have received these and other commendations: finalist for The Iowa Review’s Nonfiction Book Prize, winner of the Women’s Initiative Contest at The Virginia Festival of the Book, the 44th and 45th New Millennium Writing Awards, The Cutthroat Barry Lopez Creative Nonfiction Contest, The Literal Latte Essay Awards, and The New Rivers Press Many Voices Competition. Judith lives south of Charlottesville, Virginia, where she also makes art for humans and homes for birds. You can find her at www.judithhannahweiss.com.

One of the birds I paint by hand.